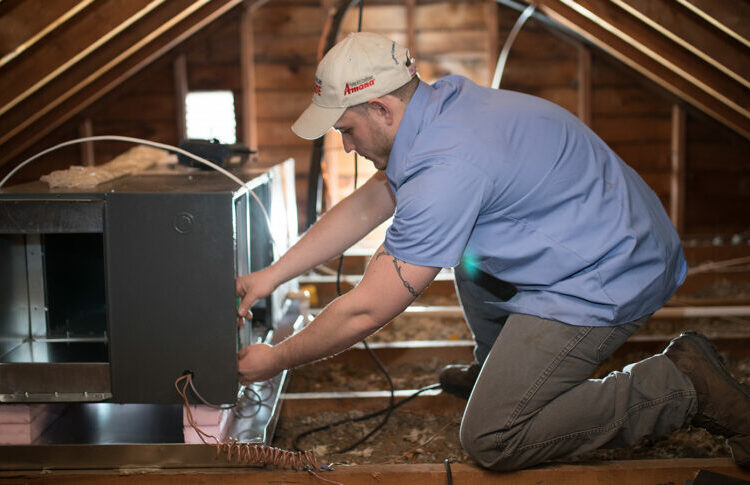 Is it time to replace your old air conditioning unit?

We all know the struggle of having a piece of aging and expensive technology or equipment that slowly racks in maintenance and repair costs. The eternal question remains “When should I upgrade to something new instead of continue to have this repaired?” This is especially important when it concerns your air conditioning; in the hot, summer months, you need an ac that works! It goes without saying that you should, of course, look into replacing your air conditioning if it is not working at all, with companies like this HVAC fargo one being happy to help.

Here at Restivo’s we’ve seen it all, so we’ve compiled a guide on how to judge if it is time to replace your old air conditioning unit:

The age of the heating and cooling unit plays a huge role in the decision to repair or replace. Generally, these units last for about 10 years before they start needing expensive repairs.

There’s also a well-known “5,000 Rule” in the industry. We take the age of the equipment and multiply it by the repair cost. If that number is greater than 5,000, then you should consider replacement over repair. For example, if your equipment is 3 years old and the repair estimate comes in at $400, the total is $1200 and that unit is definitely worth repairing. However, if the unit is 8 years old and the repair cost is estimated at $700, the number jumps to 5600 and that unit should probably be replaced.

Another point to consider related to the unit age is its efficiency. With big strides being made in the efficiency of these units over the past 10-20 years, an aging unit may not just be costing you money in maintenance and repairs. There are companies around that can get more performance out of your unit, but this depends on model and age – give Boulden Brothers a visit now to see if they could do something for your AC unit, before you get rid, but you must consider, by replacing it, that your costs to run your air conditioning may go down, sometimes significantly. This is also the case if the unit has mechanical issues. Similar to a car that is mechanically unsound and therefore uses more gas than a newer car that’s running in top form, older air conditioning units that have aging parts also use more energy than their newer replacements. Energy Star estimates a 20% savings on your energy bill when you replace your old air conditioning unit with an Energy Star rated unit. Those looking to make savings on their energy bills may want to use comparison sites to compare Reliant Energy houston rates, for example, with those of their existing plan to see which is most competitive.

The Original Seasonal Energy Efficiency Ratio (SEER) Was 13 or Less

The SEER rating of a unit is the cooling output during a typical cooling season divided by the total electric energy input during the same period. The higher the unit’s SEER rating the more energy efficient it is. In the U.S., the SEER is the ratio of cooling in the British thermal unit (BTU) to the energy consumed in watt-hours.

If your air conditioner was installed in the 90s or even early 2000s, your AC’s SEER is going to be less than 13-it will probably be more in the 7 – 12 range. The higher the SEER, the less your air conditioner will cost to run, and the easier it will be for it to perform its job. If you have an inefficient air conditioner, upgrading it with a more efficient air conditioner will pay you back in just a few years and end up saving you a lot of money in the long run. Here at Restivo’s, the units we sell are much more efficient than their older ancestors. You may need to search for alternative air conditioning repair companies if you are unable to connect with us because of location issues. Companies such as burichvac.com might be the correct choice for you, you can visit the site and see if they are able to assist you.

The Need for Freon

Have you had to top off your unit with R-22, commonly known as Freon? If so, that means there’s most likely a coolant leak.

According to Angie’s List, topping off a system with R-22 refrigerant, known as Freon, costs as much as $40 to more than $175 per pound – which may also include the cost of the service call. Fixing the leak and putting in several pounds of refrigerant can cost $550 to $1,000.

Needing to add Freon can be the start of a chain reaction of failures within the unit, ultimately ending up with the failure of the compressor, which can cost up to $2,000 to replace. When compared with the option to replace the entire unit, the lower-end units costs about the same as repairing a leak, adding refrigerant and replacing a compressor.

R-22 prices, meanwhile, have soared in recent years due to the EPA’s eventual phaseout. HVAC manufacturers stopped making units “charged” with R-22 in 2010. Production of R-22 will end 2020.

R-410A, a more environmentally friendly refrigerant, will replace it.

Another major sign that your unit is struggling is if your home is not cool enough, despite the unit running constantly. The unit could have been installed before you added an addition, and maybe it is not large enough to cool the new larger home. Or it is simply old and having difficulty keeping up with the demand. If you plan on staying in the home for years to come, a new unit would be an investment in your continued comfort and it would make sense to replace your old air conditioning unit. However, if you plan on selling the home soon, it may make more sense to pay for the repairs just to keep it in working condition.

If you are starting to notice that your air conditioning unit needs repairs more often than it did, it may be time to have the Restivo’s crew look into the best option for a replacement. We will take into consideration all sorts of factors, including your budget, size of the home, and all of the other details that will ensure your new air conditioning unit is the perfect one for your family.

Call us today at 401-351-REST to schedule a review of your current system to determine if it’s worth it to replace your old air conditioning unit or not. Stay cool!

Since our start as a company in the 1930's, we've been committed to customer service and high quality products. We offer the best products, the best service, and the best guarantee. Restivo’s is the family that serves families. Our strong family values and good business practices have been a constant throughout the years.

Proudly Accredited by the BBB